The ICRC runs first-aid courses for taxi drivers in Afghanistan who transport casualties of the fighting to hospital. Their action is saving lives, according to local doctors.

Zamaryalai is a 35-year-old taxi driver from Uruzgan Province in southern Afghanistan. Tragic events eight years ago led him to get involved with the ICRC’s War Wounded Assistance programme, which trains taxi drivers in first aid. “I was shocked when one of our villagers bled to death right in front of me,” recalled Zamaryalai “That’s when I decided to do something to help the wounded, and learning first aid seemed the best place to start.”

Zamaryalai shared these thoughts during a recent first-aid refresher course for 14 taxi drivers involved in the ICRC programme. Their work includes evacuating combatants and civilians injured during the fighting to the nearest medical facility. Although not employed by the ICRC, the drivers carry an ICRC “facilitation letter” to help them negotiate checkpoints and other obstacles. The letter also explains the need for the sick and wounded to have safe and timely access to medical care.

“Since I began this work, I’ve administered first aid to around 800 wounded people before taking them to hospital,” explained Zamaryalai during one of the discussion sessions. “Sometimes I’ve transported as many as eight people per day from Uruzgan to Mirwais Regional Hospital in Kandahar, which is four hours away.” 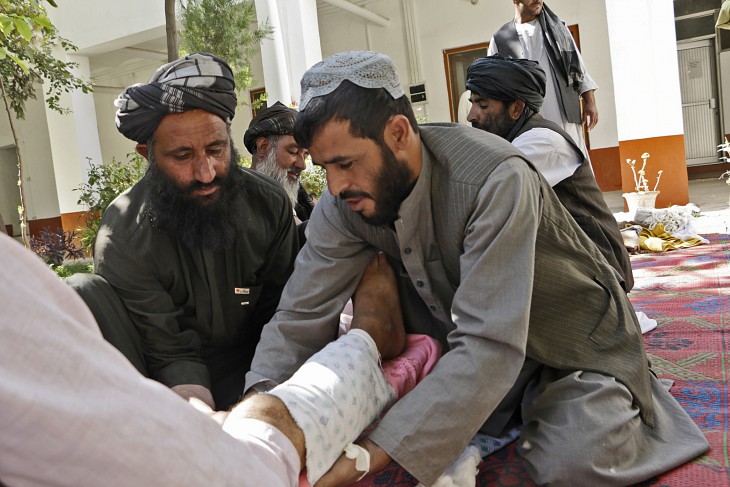 “If it’s someone involved in the fighting, I never ask who they are or which side they belong to,” Zamaryalai continued. “What matter to me is saving their life, not their background.”

Both civilians and weapon bearers have benefited from Zamaryalai’s taxi service. “I remember helping a young women who had been badly injured in a landmine explosion,” he recalled. “I stopped the bleeding and aligned the broken leg, after stabilizing her, then drove her to Mirwais. She would have died on the way if I hadn’t given her first aid before we left.” 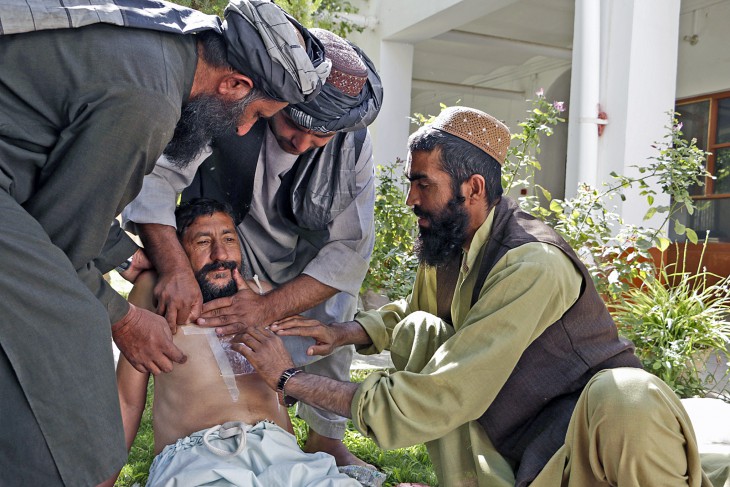 Staff at Mirwais Hospital have commented on the difference they see in a patient’s condition if they arrive at the hospital having already been stabilized. “In many cases the first-aiders really save patients’ lives, as most of them are coming from a long way away,” commented Dr Aziz Ahmad, who heads the surgery ward. “Without first aid, I’m sure many of them wouldn’t make it.”

But the transfers do not always go smoothly. “Once I was driving a civilian to hospital who had been injured by a rocket,” recalled Zamaryalai. “I was stopped by armed men on the way and beaten up. They accused me of transporting ‘the enemy’, and they threatened to kill the injured man. The ICRC intervened to explain the neutrality of our work and the obligations of weapon bearers to facilitate the transfer of sick and wounded people to medical facilities, and they let me go.”

Each of the other 13 drivers taking part in the workshop had similar stories to tell. Thirty-seven year-old Abdul Wali and 60-year-old Sakhi Dad were two of them. “We regularly risk our lives to provide first aid to the wounded, and transport them from the battlefield,” they commented during a discussion on the challenges and pressures of their work. 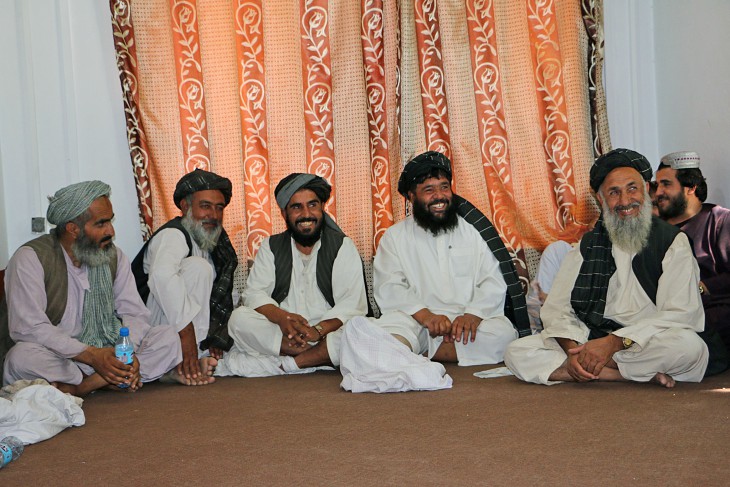 Kandahar, Afghanistan, 29 August 2016. The drivers watch a video of their role play to help them identify best practices and receive feedback from the course facilitators. CC BY-NC-ND / ICRC / Shamshad Omar

Saving a life means the world to me

Some 60 taxi drivers are taking part in the ICRC’s War Wounded Assistance programme, which we are running throughout southern Afghanistan. They are all trained in first aid and share a common sense of pride in a job well done. “Saving a life means the world to me,” said Zamaryalai, speaking for all his colleagues on the course.

Great to see the red cross support in Afghanistan is working. First aid training for all should be mandatory in school. Come and get your first aid training in Canberra with us at Canberra First Aid and Training. We provide first aid training to schools, businesses and individuals at a great rate and we will make sure you get the training you need.