Australia struggles through one of the coldest mornings

AUSTRALIANS shivered their way through Wednesday morning with some parts of Melbourne registering their coldest start to the day in decades.

Severe frost struck swathes of NSW, Victoria and Tasmania today. Tullamarine Airport sunk to -2C this morning as did western Sydney as people set off on their morning commutes.

But it’s not the cold that will be top of mind for the coming days, it will be the wet, with another “rain event” heading towards the southern and eastern states.

About 25mm of rain could fall in Adelaide and more than 15mm in Perth and Melbourne over the coming days. Thunderstorms are a possibility. 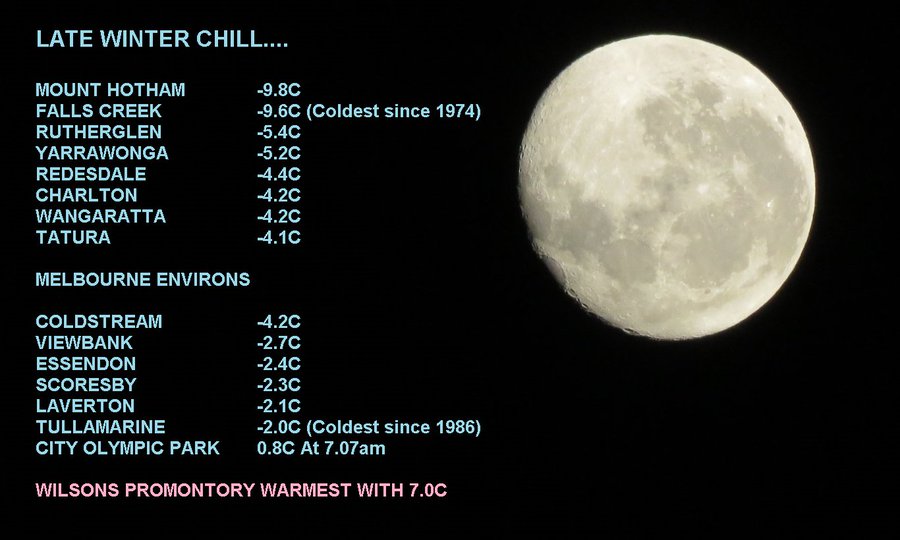 “There was widespread severe frost to start the day for southeastern Australia with some suburbs of Melbourne having their coldest night in 30 years (and) pretty much all inland areas of Victoria dropped below freezing,” Sky News Weathermeteorologist Tom Saunders said.

Coldstream lived up to its name, dropping to -4.3C at 7am, Kyabram was a freezing -3.8C and Yarrawonga bottomed out at -5.2C. The CBD didn’t quite hit zero but it felt like -2.8C at one point. The temperature at Olympic Park of 0.8C was the coldest for this point in winter for more than 60 years.

Victoria’s ski resorts almost got as low as -10C with the operators of Mount Baw Baw telling news.com.au conditions are so good the season is being extended until October 7.

“This is the first time in many years we are extending the season past the traditional end of September date, but the combination of a great base that was created by our snow factory and constant snowfall has allowed us to make the call,” general manger John Fascio said. 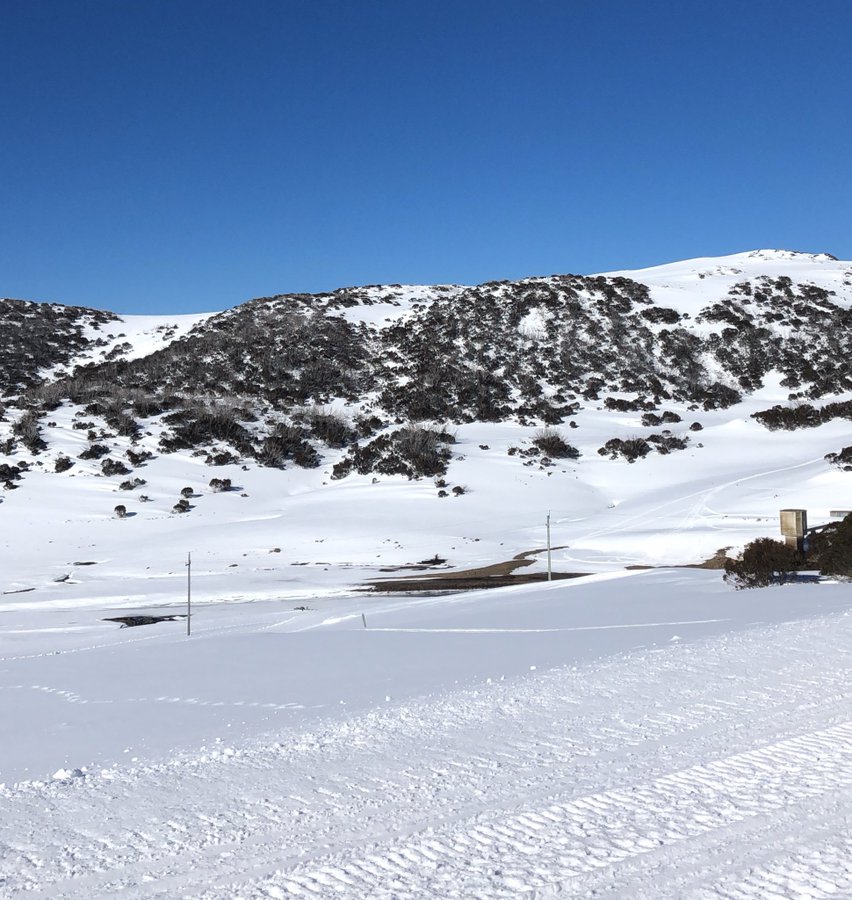 In western Sydney, Richmond reached -1.8C overnight and Sydney CBD felt like -0.7C at 6.30am, even though the actual temperature was higher at 5C.

The reason why it’s so chilly is an area of high pressure which is leading to clear skies. However that also means sunny and generally warm days.

Indeed, it’s positively springlike in many places. Broken Hill is forecast to get to 25C today, 7C above average and some parts of South Australia are 10C above the norm with Port Augusta on 29C.

Forecasters have said the rain is coming though. It’s already started in the west.

“Margaret River has picked up 40mm of rain,” Mr Saunders said. Perth has now received over 450mm of rain this season, the wettest in 15 years for the city.

Perth will reach 17C on a rainy Wednesday with up to 15mm of moisture and a possible thunderstorm. Conditions will gradually improve towards the weekend with some rain and highs of 21C.

A series of cold fronts is heading east towards South Australia, Victoria, Tasmania and parts of NSW. It will bring rain from Thursday onwards.

“The band of showers will spread through on Friday. The system is fast-moving and as a result most of NSW will only see a few hours of rain but the rain will have a longer duration across Victoria and South Australia with over 10mm likely for most coastal districts,” Mr Saunders said.

Adelaide will see patchy showers with highs of 16C dropping to a chilly 12C on the weekend.

Melbourne could see showers from Thursday to Saturday bringing up to 16mm of rain and highs of 15-17C and a CBD low of 5C on Thursday.

Some rain will head into Tasmania towards the end of the week. In Hobart, the cloud cover will see highs of 16C but that will drop to 12C on the weekend. There will be a low of just 2C on Thursday morning.

Canberra could see up to 15mm of rain on Friday alone.

Sydneysiders will see the sun for a few days to come with temperatures in the late teens to early twenties, but there will be chilly mornings with the mercury slipping to 6C in the CBD on Thursday morning and -2C in the west.

But early next week up to 20mm of rain could fall.

In southern NSW the falls will come earlier with up to 15mm in Wagga and Albury on Friday.

Up in Brisbane, relax, no rain for you — 25C and sunny climbing to 28C on the weekend.

Book in some first aid training in Sydney with www.simpleinstruction.com.au