A female US Army soldier went into anaphylactic shock caused by a combination of dinner, drinks and dancing at a wedding, despite not having any known allergies.

At the wedding, the woman hit the dance floor after having eaten a steak, vegetables and crab cakes, which she washed down with one cocktail and one glass of red wine.

The report says she was dancing ‘vigorously’ when a rash began to develop on her shoulder, spreading rapidly to her chest, arms, neck and face, one of the first signs of an allergic reaction.

Her throat then became itchy, tongue started to swell to the point that she couldn’t breathe.

Emergency personnel identified the symptoms as anaphylactic shock and treated her with allergic medicines before bringing her to the hospital, where her symptoms disappeared within four hours.

Weeks later her allergist diagnosed her with food dependent exercise-induced allergy to crab, a rare and potentially fatal condition. 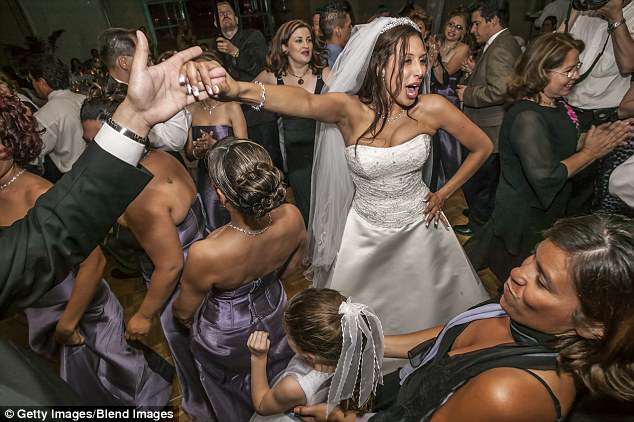 A 32-year-old US Army soldier went into anaphylactic shock as a result of ‘vigorous’ dancing after consuming steak, crab cakes, a cocktail and wine at a wedding (stock image)

Food-dependent exercise-induced anaphylaxis (FDEIAn) occurs when a person exercises within a few hours of eating a certain food that they are hypersensitive to, triggering an allergic reaction.

Eating the same food without exercise, however, would not cause a reaction.

FDEIAn is a rare subset of anaphylaxis, a potentially-fatal type of allergy that affects less than one percent of the population.

Lifetime prevalence for the FDEIAn is estimated to be less than one quarter of a percent.

Doctors have struggled to identify exactly how the condition occurs, in part because there have been so few reported cases of it.

The diagnosis process can also be very complicated because modern processed foods make it difficult to pinpoint specific trigger ingredients.

Another challenge comes from the fact that it’s impossible to recreate the effects of known co-factors such as alcohol and anti-inflammatory medications when testing for triggers.

According to the case report from Walter Reed, the 32-year-old soldier’s case is especially unique.

The woman had never before experienced any type of allergic reaction, despite the high level of physical activity demanded by her job and the fact that she runs regularly. 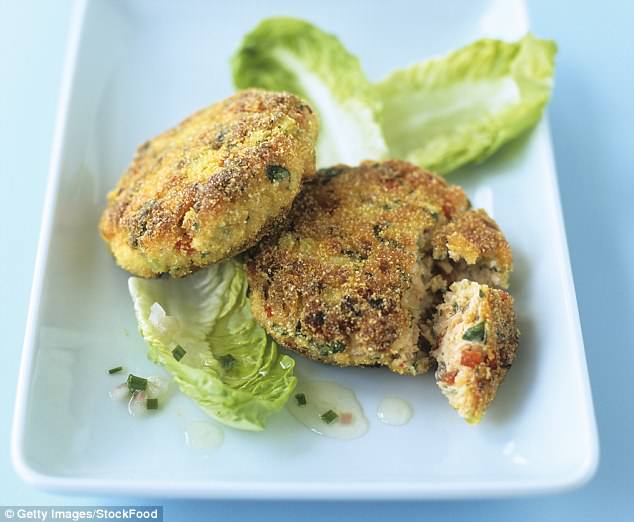 The woman was found to have a food dependent exercise-induced allergy to crab, meaning that she is only allergic to crab when she exercises within hours of eating it (stock image)

In a consultation with an allergist after the wedding, she underwent skin-prick testing for the foods she had consumed that night, but they came back negative.

Next she did a food challenge that involved eating increasing portions of crab over a 30 minute period while being monitored for signs of allergy, which she passed.

An hour later she was asked to run on a treadmill at a moderate pace for 15 minutes, but no symptoms appeared.

Again an hour later she ran on the treadmill again, at which point she developed urticaria, the same rash she had experienced while dancing at the wedding.

As a result doctors diagnosed the woman with the FDEIAn to crab.

Her treatment plan is simple: avoid exercise for at least four to six hours after eating crab.

The report revealed that since the allergic reaction she has moved to Hawaii and is successfully sticking to that plan.

The researchers concluded that soldier’s case highlights the importance of thorough testing for the condition because it’s very possible for tests to come back as false-negatives.

Interesting information around anaphylaxis that should be coupled with a first aid course.

Check out our first aid courses for treating anaphylaxis at www.canberrafirstaid.com