Grapes are the third most common cause of death among children who die in food-related choking incidents, and doctors say a lack of awareness among parents, carers and health professionals could be leaving young children at risk.

The size and shape of grapes means that they can completely plug children’s airways, with the tight seal produced by fruit’s smooth, flexible surface making them tricky to shift with first aid manoeuvres.

Research from the US and Canada suggests that grapes are behind only hotdogs and sweets as the most common cause of death in food-related incidents.

But doctors say there is a lack awareness of the choking risks posed by soft fruits, adding that the small number of cases seen in a given hospital each year doesn’t reflect the true extent of the problem, with many more near-misses likely to be occurring.

“We only see the tip of the iceberg, we only see it when it is not alleviated,” said Dr Jamie Cooper, consultant in emergency medicine at the Royal Aberdeen Children’s Hospital and co-author of a new “plea for awareness” published in the journal Archives of Disease in Childhood.

In a warning to adults, the authors of the research outline a number of tragic cases that have occurred in recent years – one of which involved the death of a 17-month-old boy who choked on a grape at his home. 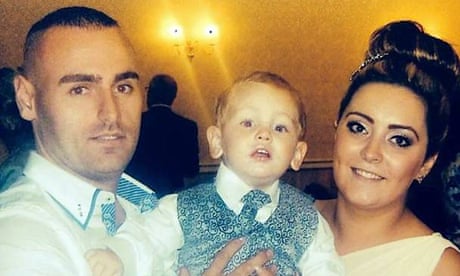 Toddler died after choking on grape in Pizza Hut

“The parents and other people were there and they did everything appropriately to try and dislodge the obstruction,” said Cooper. The attempts were to no avail and he was rushed to the local community hospital. “Experienced people still failed to dislodge the obstruction with non-invasive first aid manoeuvres,” Cooper added. “A paramedic did attend but the child had gone into cardiac arrest before the grape was able to be removed. Everything was tried to resuscitate the child, but he died later.”

In another case, a five-year-old boy choked on a grape at an after school club, with first aid attempts by staff and an ambulance team unable to dislodge the fruit. The child went into cardiac arrest and, despite a paramedic managing to remove the grape with a special pair of forceps, died.

“It is not just tiny, little kids – we would suggest up to the age of five the kids are more at risk because they don’t chew as well, their swallowing is not quite as coordinated and they get distracted when they are eating,” said Cooper.

In a third instance, a two year old boy remained in intensive care for five days after choking on a grape but went on to make a full recovery.

Cooper says parents and carers should chop up soft fruits such as grapes and cherry tomatoes into quarters before giving them to children, and make sure youngsters are supervised while eating. But, he adds, further measures could also help to prevent tragedies. “Ideally we would like supermarkets and big chains to consider putting some choking hazard warning labels on [grapes], just like they do on toys and other things,” said Cooper.

Tina Newton, a consultant in the emergency department at Birmingham Children’s Hospital, said choking on grapes was a common issue. “It is a definite problem, we have recognised it for years; I have seen children die from choking on grapes” she said.

Like Cooper, Newton recommends that the fruit should be cut up for children, adding that parents should also be aware of what to do if their child chokes. “For a child, turn them upside down and slap them hard on the back between the shoulder blades,” she says.

Katrina Phillips, chief executive of the Child Accident Prevention Trust, reiterated the advice for adults to chop up grapes. “We’ve heard from thousands of parents and carers on Facebook and many just don’t realise how easily a young child can choke to death on a grape. But they’re vulnerable because they’re still learning to chew and their airway is tiny, so a whole grape can completely block it,” she added. “We hope these case reports go a long way to raising awareness of the risk and the simple steps families can take to keep children safe.”