If you are the victim of an acid attack or witness one taking place, it’s important to act as quickly as possible to minimise damage to the eyes, skin and surrounding tissues.

Urgent first aid advice has been issued by ambulance officers after a corrosive substance was thrown over five people in 90 minutes last night in London.

One of the victims suffered “life-changing” facial injuries due to chemical burns caused by the acid, police said.

The first step to take if someone has been attacked with acid is to make sure the area around them is safe and to take measures, such as wearing gloves, so you don’t come into contact with the chemical.

“If the chemical is in powder form, it can be brushed off of the skin,” said the advice from St John’s Ambulance.

The charity warned people not to waste time searching for an antidote to the chemical, and not to attempt to neutralise burns caused by acids or alkalis unless properly trained.

The most effective action to take is to try and flood the burn with water to disperse the chemical and stop the burning, it said. Bottled water is fine for this if it is the only thing to hand.

Try and douse the burn with water for at least 20 minutes, ensuring that no contaminated puddles are allowed to collect under the victim.

While flooding the injury, try and gently remove any clothing with the substance on it and call an ambulance as soon as possible, while checking the casualty is still breathing and responsive.

If the substance has entered the victim’s eyes, hold their eye under gently running cold water for at least 10 minutes, thoroughly irrigating the eyelid both inside and out, said the first aid experts.

Do not allow the casualty to touch the injured eye, as they may have acid on their hands, and do not forcibly remove a contact lens. 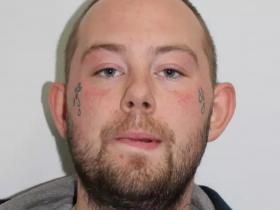 “Make sure that contaminated water does not splash the uninjured eye,” said the advice, adding someone helping should ask the casualty to hold a clean, non-fluffy pad over the injured eye, and arrange to send them to hospital.

Since 2010, there have been more than 1,800 reports of attacks using corrosive substances in London, according to the Metropolitan Police.