Man who fended off shark

A BRITISH doctor who was attacked by a shark at a NSW beach says he owes surfer Mick Fanning a beer after escaping with a punch to the shark’s head.

A BRITISH doctor who was attacked by a shark at a NSW beach has said he feels “a bit sore” after escaping the attack with a punch to the animal’s head.

Charlie Fry, 25, had been surfing at Avoca Beach on the state’s Central Coast on Monday afternoon when he felt something knock into him.

“I turned to the right and I saw a shark’s head come out of the water with its teeth and I just punched it in the face,” he told Nine News.

“(I) got back on my board, shouted at my friends who were there and then managed to catch a wave in.

Speaking on Nine’s Today, Mr Fry said he had been inspired by surfer Mick Fanning when it came to dealing with the “hectic” incident.

Charlie Fry, doctor from the UK who was mauled by a shark on the central coast Picture: SuppliedSource:Supplied

Charlie Fry, doctor from the UK who was mauled by a shark on the central coast Picture: SuppliedSource:Supplied

The new surfer, who only arrived in Australia to work in Central Coast hospital two months ago, said he had seen the YouTube clip of Fanning saying that he had punched a shark, and that was the first thing that came to mind when he came face-to-face with his attacker.

“When it happened, I was like, ‘just do what Mick did, just punch it in the nose’,” he said.

“If you are watching or listening, Mick, I owe you a beer. Thank you very much.”

Mr Fry managed to escape the shark, but emerged from the water with puncture wounds on his upper arm where its teeth had sunk in.

“I didn’t feel the teeth going in, it felt like I was smacked, it felt like a hand, a hand grabbing me, shaking me,” he told Nine.

“It was just pure adrenaline, I genuinely thought I was going to die, like ‘you’re about to be eaten by a shark’, so everything slowed down.”

Mr Fry has only recently arrived in Australia, working at Gosford hospital for about two months.

He told the Daily Telegraph: “I’ve just got here and I’ve already been attacked.” 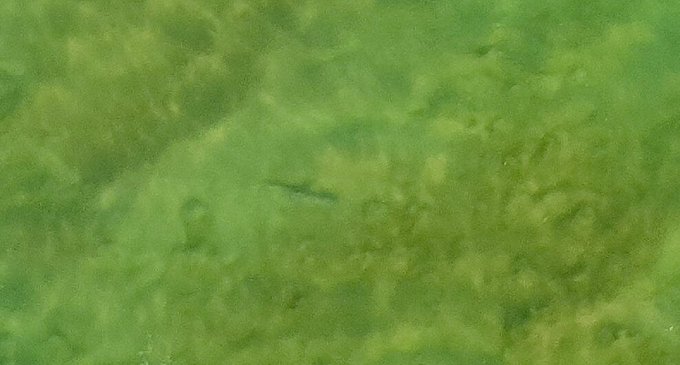 Mr Fry was taken to Gosford Hospital by his friends where his scratches and wounds were treated and bandaged up.

Police said in a statement his injuries were not serious.

Avoca Beach and neighbouring North Avoca were closed for 24 hours following the incident.

Mr Fry told Today he wouldn’t be rushing back to the surf anyway.

“I probably wouldn’t go to that point for a while. It is called ‘shark tower’ for a reason, so I will probably just go somewhere else,” he said.

“I mean, the surf was rubbish. It wasn’t even worth it.”