First aid training in Canberra run by the best trainers in town, at the best pruice in town. Book now for summer.

A PHOTOGRAPHER is expected to press charges after being kicked in the head by the lead singer of the Queens of the Stone Age during a concert on the weekend. 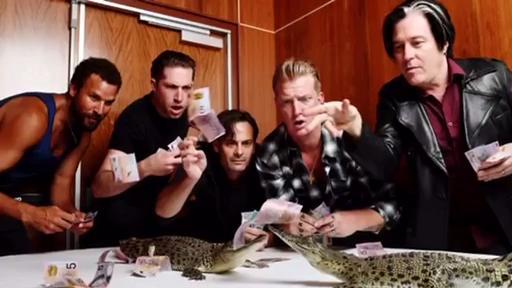 QUEEN of the Stone Age’s lead singer, Josh Homme, kicked a photographer in the face while performing on stage on the weekend.

The incident took place as Chelsea Lauren was snapping photos in the front row at the KROQ Acoustic Christmas gig in Los Angeles, which also featured Thirty Seconds To Mars and Muse.

“Josh [Homme] was coming over and I was pretty excited. I’ve never actually photographed Queens Of The Stone Age before — I was really looking forward to it,” Ms Lauren told Variety.

“I saw him coming over and I was shooting away. The next thing I know his foot connects with my camera and my camera connects with my face, really hard. He looked straight at me, swung his leg back pretty hard and full-blown kicked me in the face. He continued performing. I was startled — I kind of stopped looking at him. I just got down and was holding my face because it hurt so badly.”

The photographer continued working at the concert but later sought medical treatment at a nearby hospital. She told Variety that she’s planning to press charges against the singer.

“I feel like if I don’t do anything, he gets to kick people in the face and not get in trouble because he’s a musician,” she said. “That’s not right.”

After kicking Ms Lauren, Homme reportedly pulled out a knife on stage and cut his head open.

He can be seen bleeding in several photos from the gig. Seems fairly over the top for a concert. Hopefully someone had first aid training skills. If you would like to know how to deal with bleeding and any other first aid training scenarios please book in to one of our courses at www.canberrafirstaid.com