A HIGHLY venomous snake has caught a lift into Melbourne’s CBD before causing lunchtime chaos and attracting a huge crowd outside Southern Cross station this afternoon.

DEADLY SNAKE GETS HEAD STUCK IN BEER CAN

DID YOU SEE IT? Email [email protected]

The tiger snake was found near the corner of Collins and Spencer streets around 12.30pm and was removed about an hour later.

Police formed a cordon around the creature, with the unusual sight drawing media and a large crowd which stretched onto Spencer St. 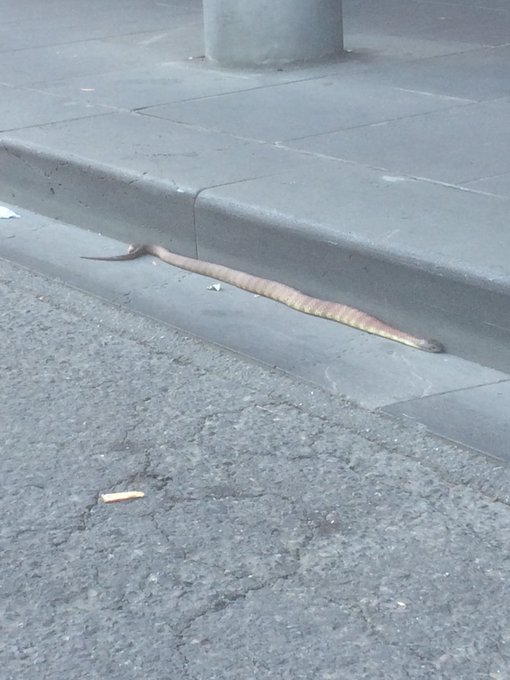 There’s a tiger snake in the CBD! Police guarding till handlers arrive, traffic as usual on Spencer St X Colins

VENOMOUS VISITORS NO CAUSE FOR CONCERN: SNAKE HUNTER

Snake catcher Barry came to the rescue to remove the creature around 1.30pm.

“He could have hitchhiked here,” Barry the snake catcher told reporters at the scene.

“It’s not very often they come right into the CBD, but they do live around here

“They eat mice and rats and we’re swamped with (them) at the moment.

“He’s injured we’re going to see if we can take him to the vets and get him fixed up.”

A tiger snake in Melbourne’s CBD.Source:Supplied

Department of Environment, Land, Water and Planning senior scientist Nick Clemann said snakes do turn up in the city from “time-to-time” but it was uncommon.

“It may have come from the nearby Yarra River, hitchhiked in building materials or come from a construction zone,” he said.

“It could even be someone playing a practical joke, I’d hope not in terms of safety and animal welfare, but that’s also a possibility that we can’t discount.”

But it seems the snake just hitchhiked a ride.

A City of Melbourne spokeswoman said Victoria Police told council’s animal management officers that “a tiger snake had fallen from underneath a car”.

The spokeswoman said officers kept people away from the animal while they waited for the snake catcher, and flagged down a police van to help with traffic management.

“The snake catcher attended the scene and secured the snake before transporting it to a vet for assessment,” they said.

“While City of Melbourne park rangers regularly respond to reports of snakes in some in our parks, this is the first sighting of a venomous snake in the central CBD in recent memory.” 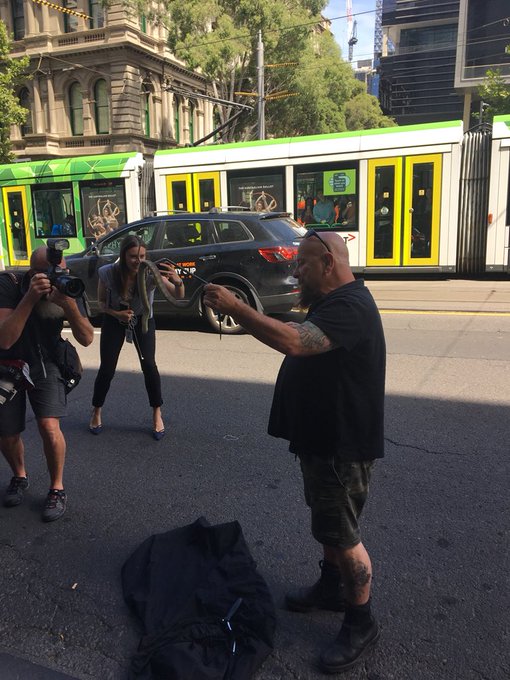 GOOD NEWS: The snake in the drain has been rescued and we didn’t even need @SamuelLJackson . Thanks to Barry from Snake Catcher Victoria. 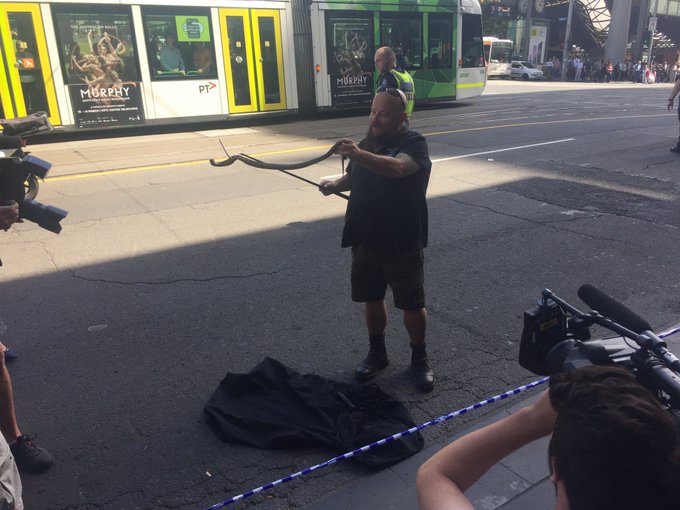 Snake in the city

One southbound lane of Spencer St was closed during the incident.

City of Melbourne posted a photo of the snake on Twitter and urged people to avoid the area.

“We’re currently trying to remove a snake who seems to be a little lost,” the council wrote during the incident.

Known to be aggressive, the highly venomous tiger snake is one of Australia’s deadliest animals and is identified by its banded “stripes”.

DEADLY SNAKES YOU CAN FIND IN YOUR BACKYARD

CAN YOU SPOT THE DEADLY TIGER SNAKE?

The deadly reptile is often associated with watery environments such as creeks, dams, drains, lagoons, wetlands and swamps, according to the Australian Museum.

Being a native snake, the species is protected. 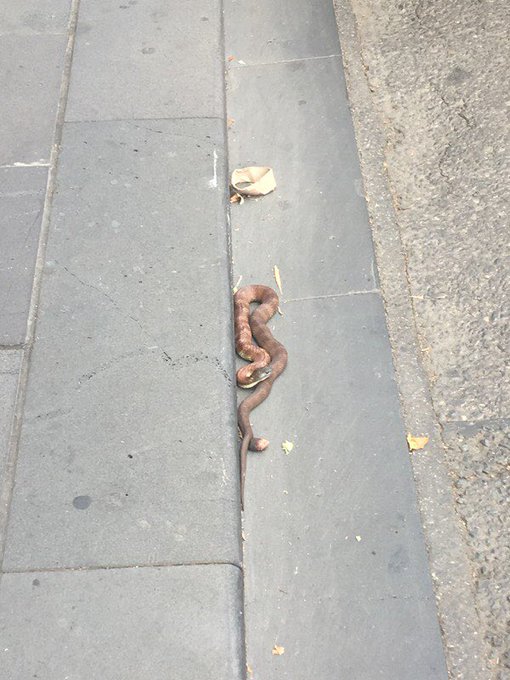 Please avoid the corner of Collins & Spencer streets. We’re currently trying to remove a snake who seems to be a little lost.

Learn how to treat snake bites in a first aid course. Book now at www.canberrafirstaid.com