A MASSIVE great white shark has been filmed circling a boat off the South Australian coast, giving those on board quite a fright.

A MASSIVE great white shark has been filmed circling a boat off the coast of Semaphore, giving those on board quite a fright.

The footage, filmed by Matt Robertson and posted on social media, showed the shark circling the boat where the father and son were fishing, about 9am on Sunday.

Mr Robertson claimed the great white was six metres long and “bigger than the boat we’re on”. To put that in context, the shark in Jaws the movie was meant to be 23 feet, or about seven metres big. 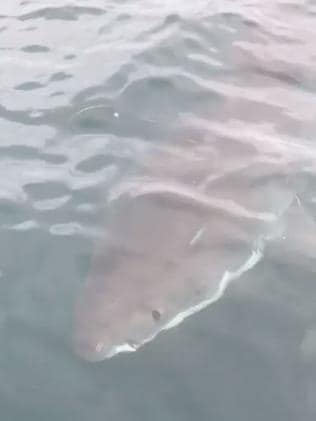 Screen shot of the shark filmed off Semaphore and posted on Facebook by Matt Robertson.Source:Supplied The shark was as big as the boat. Picture: Matt Robertson.Source:The Advertiser

Then the shark disappears from view.

“Where’d he go? asks Mr Robertson. There he is. Oh he’s right under us, ay?

The beast then grabs onto the nets.

“So glad I didn’t get in the water before,” he adds.

It’s one of several close encounters with sharks in SA waters recently.

The huge great white — estimated to be five metres in length — was caught on video by a nervous but amazed family of seven at Port Victoria after it began circling their fishing boat.

The enormous creature made itself known to the Brown family about 3pm as they fished for whiting off the west coast of Yorke Peninsula.

Mother Jodie Brown, visiting her parents with her own children for the Christmas holidays, said they had been out on the water for a couple of hours before the shark just appeared.

“It just swam up to the boat from behind and it was just circling us for about 20 minutes, it would just go round and come back again,” she said. 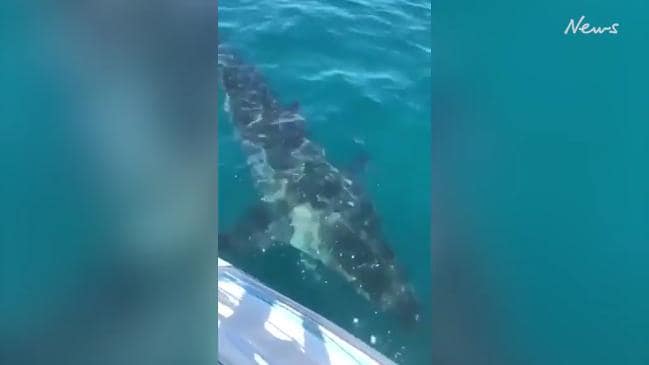 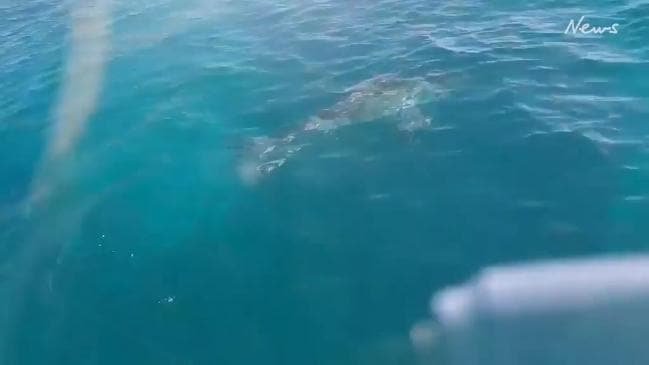 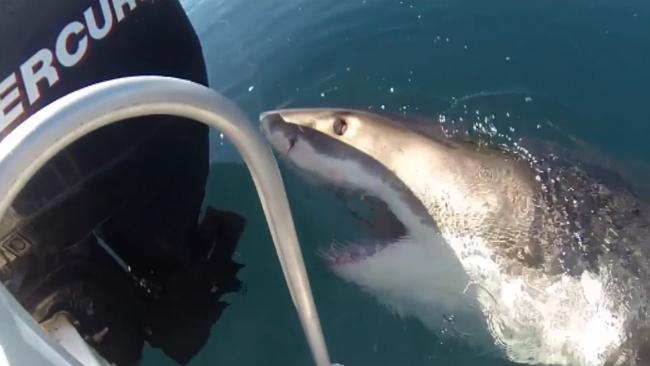