From Stayin’ Alive to Another One Bites the Dust: Hospital reveals Spotify playlist perfect for performing CPR to Read more: http://www.dailymail.co.uk/health/article-4343902/The-playlist-save-life-best-songs-CPR.html#ixzz4dAVZMqC2 Follow us: @MailOnline on Twitter | DailyMail on Facebook

Here it is the article you have all been waiting for. The best songs to perform CPR to. We like the staying alive song the best and use this in our course but all will be at a good speed. Book in to a first aid course to get trained in CPR as soon as you can. You never know when you will arrive at a CPR emergency.

By Mary Kekatos For Dailymail.com

In an effort to help train first responders in hands-only CPR, New York Presbyterian Hospital has released a 40-song playlist whose beats per minute match the number of chest compressions.

Artists from Beyoncé to Justin Timberlake to ABBA also had songs on the set list.

Scroll down to listen to the playlist 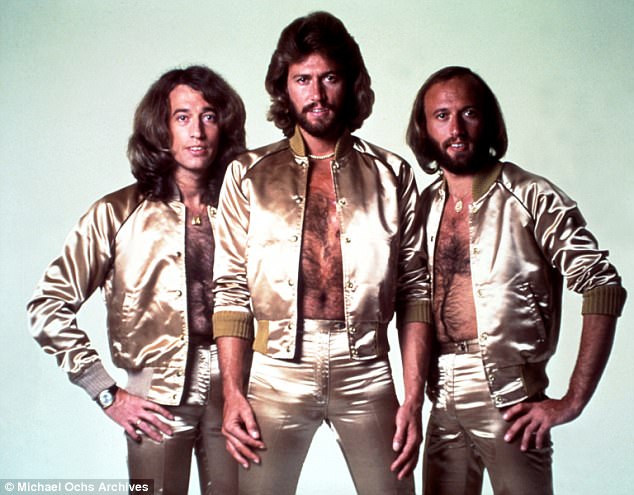 On a 40-track playlist released by New York Presbyterian Hospital, Stayin’ Alive by the Bee Gees came out as the best song to perform CPR to

3. Hard to Handle – The Black Crowes

6. I Will Survive – Gloria Gaynor

8. Gives You Hell – The All-American Rejects

10. Another One Bites the Dust – Queen

Stayin’ Alive, the disco hit made popular by the movie Saturday Night Fever, has a rhythm of 103 beats per minute.

This is close to the recommended rate of at least 100 chest compressions per 60 seconds that should be delivered during cardiopulmonary resuscitation (CPR).

Additionally, doctors say, the song is well known enough to be useful in teaching the general public to effectively perform the lifesaving maneuver.

The 40-song list, which has a duration rate of two hours and 28 minutes of CPR jams, also includes songs like ABBA’s Dancing Queen and Beyoncé’s Crazy in Love.

Pop fans can enjoy tracks from Missy Elliot and Justin Timberlake, while alt-rock aficionados can choose from Fall Out Boy or the All-American Rejects.

Despite the number of times CPR ‘saves’ someone’s life on TV, it has an abysmal success rate in real life.

Only about eight percent of CPR patients are saved by the procedure, even when backup help is called immediately.

Those who’ve had to be saved with CPR are likely to experience other painful injuries, as well, such as crushed or ruptured organs.

However, performing CPR more than doubles the survival rate of patients who go into cardiac arrest.

In a study, researchers at Kyoto Prefectural University of Medicine in Japan used new songs to instruct a group of newly-hired nurses to perform CPR.

‘The quality of CPR is the key to [helping] the victim recover,’ lead researcher Dr Yoshihiro Yamahata said.

‘Our solution to master adequate CPR skills is to put the educational words on several famous songs with 112 beats per minute and eight beats per measure, he said.

Researchers used two tracks in the study. The first was The Beatles’ Ob-La-Di, Ob-La-Da, with educational words replacing the original lyrics.

The other track was an entirely new song composed by children, which the researchers called New Melody.

For the study, 74 nurses were divided into several groups. The nurses learned how to perform CPR to the beat of either the New Melody or Ob-La-Di, Ob-La-Da.

Another group learned without music and instead used a device that provides verbal feedback on the efficacy of chest compressions.

This group was later tested without the device.

Results showed that the nurses performed chest compressions better with music and that CPR was best performed to Ob-La-Di, Ob-La-Da.

The power that music has to help people memorize tasks has long been noted, in many settings other than just CPR, Dr Yamahata said.

In a music class for school children that he instructed, experimenting with adding educational words on famous animation songs helped them learn concepts better.

HOW TO PERFORM CPR

Cardiopulmonary resuscitation (CPR) is a lifesaving technique useful in many emergencies, including heart attack or near drowning, in which someone’s breathing or heartbeat has stopped.

When the heart stops, the lack of oxygenated blood can cause brain damage in only a few minutes. A person may die within eight to 10 minutes.

CPR can keep oxygenated blood flowing to the brain and other vital organs until more definitive medical treatment can restore a normal heart rhythm.

The American Heart Association (AHA) recommends that everyone – both untrained bystanders and medical personnel alike – begin CPR with chest compressions. 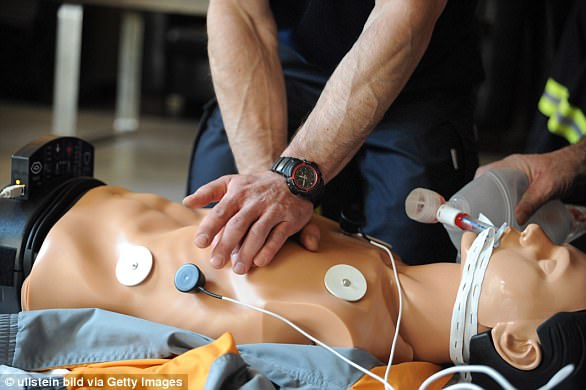 This is because the song has a rhythm of 103 beats per minute, which is close to the rate of at least 100 chest compressions per 60 seconds that should be delivered during CPR

CPR doubles the survival rate of patients who go into cardiac arrest even though only about eight percent of CPR patients are saved by the procedure, even when backup help is called immediately

To learn CPR properly, take an accredited first-aid training course. CPR for adults is different than for children and infants.

The American Heart Association uses the acronym of CAB – compressions, airway, breathing – to help people remember the order to perform the steps of CPR.

3. Breathing: Breathe for the person