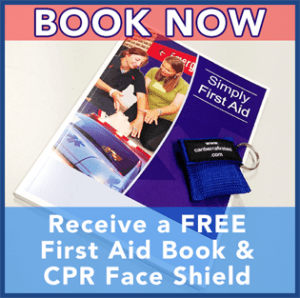 The weird, wonderful and worrying world of sea snakes

This article was copied and pasted from ABC NEWS and written by Jo Khan for Off Track, the ABC and Jo do not endorse Canberra First Aid we are just citing this article to give information to the community on sea snakes and show that we can help in training Australians in how to treat all snake bites.

Close your eyes and take the plunge. Imagine, diving into the ocean and coming face to face with the beady eyes and flicking tongue of a sea snake.

“I must have swum with thousands of snakes by now,” she says.

“They zoom right up to me and I think they’re checking if I’m going to try and eat them.”

Australia’s sea snakes are curious creatures, often wriggling out of their coral hidey-holes to say hello to unusual visitors.

“They will come and have a little look, and then go about their business,” Ms D’Anastasi says.

For a long time, sea snakes have slipped through the cracks of ocean — and reptile — conservation.

Now, scientists like Ms D’Anastasi are trying to understand why the marine reptile is mysteriously disappearing from some of our reefs.

Hundreds of kilometres from the northern coast of Western Australia, lies an idyllic underwater wilderness.

Expeditions to Ashmore reef in the 60s and 70s revealed the area was home to more sea snakes — in species and in numbers — than anywhere else in the world.

A veritable hotspot of sea snake biodiversity, with over 10 different species all cohabitating on the same remote patch of protected coral reef.

Then, they were gone.

“In 2012 there were no snakes left. We thought we’d lost a couple of species that they’d gone extinct,” Ms D’Anastasi says.

There was a glimmer of hope when two of the “extinct” species showed up on the Western Australian coast.

But no-one knew what caused them to disappear in the first place.

“It could be to do with changing predator dynamics or disease,” says Dr Sanders, who has been studying Australia’s sea snakes for the past 10 years.

“We can rule out coral bleaching because we know that nearby bleached reefs maintained sea snake populations.”

The sudden decline of sea snakes at Ashmore Reef indicates the reptiles are vulnerable.

And scientists are concerned this decline may be happening on other reefs.

“We don’t know enough about existing populations of sea snakes to be able to detect declines in other locations,” Dr Sanders says.

“So similar declines might be happening outside of Ashmore reef, but we won’t know.”

When scientists began studying sea snakes in earnest, they soon realised there was a deep trove of evolutionary and ecological secrets to untangle.

For a start they are incredibly diverse, Dr Sanders says.

“[Some snakes] feed on burrowing eels, on fish eggs. Some species only dive to a few metres, while others dive past 100 metres. And some are [found on] blue water reefs, while others in inshore turbid environments,” she explains.

They also evolved quickly from their land-based cousins.

Roughly 10 million years ago, some of Australia’s most venomous terrestrial snakes started to transition toward a semi-aquatic, and eventually fully-aquatic lifestyle.

The tapered tail of the land-based snakes transitioned to a flattened, paddle-like tail allowing sea snakes to efficiently propel themselves through the water.

And while sea snakes retained the single body-length-long lung of their terrestrial counterparts, they also evolved the ability to supplement their oxygen intake through their skin so they could breathe when underwater.

But there are traits they still have in common with their land relatives.

“They do have big, fixed front fangs, a flip-top head like a python, and they are really venomous,” Ms D’Anastasi says.

So there goes a myth that they have little fangs and can’t open their mouths very wide.

But if you leave the snakes alone, they aren’t aggressive, she says.

The fast-paced evolution of sea snakes can also tell us a lot about how other reptiles evolved, says Jenna Crowe-Riddell who is a PhD student studying sensory evolution at the University of Adelaide.

“They are a great system for studying a comparative approach of evolution, including their sensory systems,” Ms Crowe-Riddell says.

All lizards and snakes have little bumps in varying sizes and numbers on their scales, called sensilla.

“They are in highest numbers on the head — some snakes can have up to 6,000 of these little organs — and they help them move through the world in a tactile way.

However, it could be a different story for sea snakes.

“When you’re underwater there is potentially this new sense where anything in the water will generate a ripple or vibrations that can get carried through the medium,” she says.

When Ms D’Anastasi heard about this discovery it “rocked her world” because the sea snakes she encountered appeared to pick up her presence from very far away.

“Turns out you cannot sneak up on a sea snake,” she says.

Scientists also need to know where sea snakes live, if they are going to try to protect them and prevent further declines.

Ms D’Anastasi has spent a lot of time hanging off the back of boats looking for sea snakes to take a scale sample from for DNA analysis to find out whether different populations of sea snakes are related.

“I looked at the DNA of Shark Bay sea snakes, and found that they don’t move far to breed.

“It means that if you’re doing a good job in your local management area, you’re doing the best job possible to protect those sea snakes,” she said.

Analysing the DNA of many different populations of sea snakes showed that they don’t overlap at all, and have very distinct genetic fingerprints.

“Once they’re gone, they’re gone for a really long time, if not for good,” Ms D’Anastasi says.

“We have to do well at a local scale so we don’t lose them population by population.”

A lot of people dislike snakes, and many people aren’t overly fond of the ocean, making sea snakes enemy number one for many — despite the fact they very rarely interact negatively with humans.

Scientists like Ms Crowe-Riddell are trying to give their image a makeover, and help people understand their complexities.

But another reason they have previously slipped through the cracks is that even scientists aren’t sure who should be studying sea snakes.

“Sea snakes often get ignored by herpetologists because they’re in the ocean and too hard to get to,” Ms Crowe-Riddell says.

“Or if you’re a marine biologist, you see them in the ocean but you might think ‘oh that’s a reptile’ and ignore them as well.

“So they kind of sit in this weird space and haven’t been as well studied.”

And, she says, learning about sea snakes has implications for more than herpetologists or marine biologists.

“If you want to know how animals change in response to major shifts in their environment, sea snakes are a really good group to study those big questions,” Ms Crowe-Riddell says.

Luckily for sea snakes, they now have a passionate team of scientists working hard to understand and protect them.

Learn how to treat sea snake bites in a first aid course in Canberra. www.canberrafirstaid.com