Thunderstorm asthma alerts and all severe thunderstorm warnings for Victoria were cancelled on Saturday night but people can expect more “tropical Queensland” weather on the way.

Health authorities had earlier warned that storms, wind and high temperatures and pollen counts meant a “high” risk of a thunderstorm asthma event in central and north-east Victoria.

Victoria’s combined source of emergency information and warnings, helping the community to prepare for, respond to and recover from emergencies across the state.

Asthma symptoms are especially likely during and after thunderstorms.

Authorities were warning people to act if they develop wheezing, breathlessness, chest tightness or a persistent cough.

A thunderstorm asthma event in Melbourne on November 21, 2016, claimed the lives of 10 people and saw about 8500 treated in hospitals across Melbourne and Geelong.

At 5.30pm, severe thunderstorms hit Melbourne’s south-east, leaving a swathe of damage around Berwick and Cranbourne.

“One of those cells did go over Berwick, so one of our gauges there recorded 30 millimetres of rain in 25 minutes,” he said.

“We had another one near Frankston and we’ve seen a few reports of some damage around the Frankston area as well.”

The SES received 34 calls for assistance between 5pm and 6pm, 20 of those at Berwick. 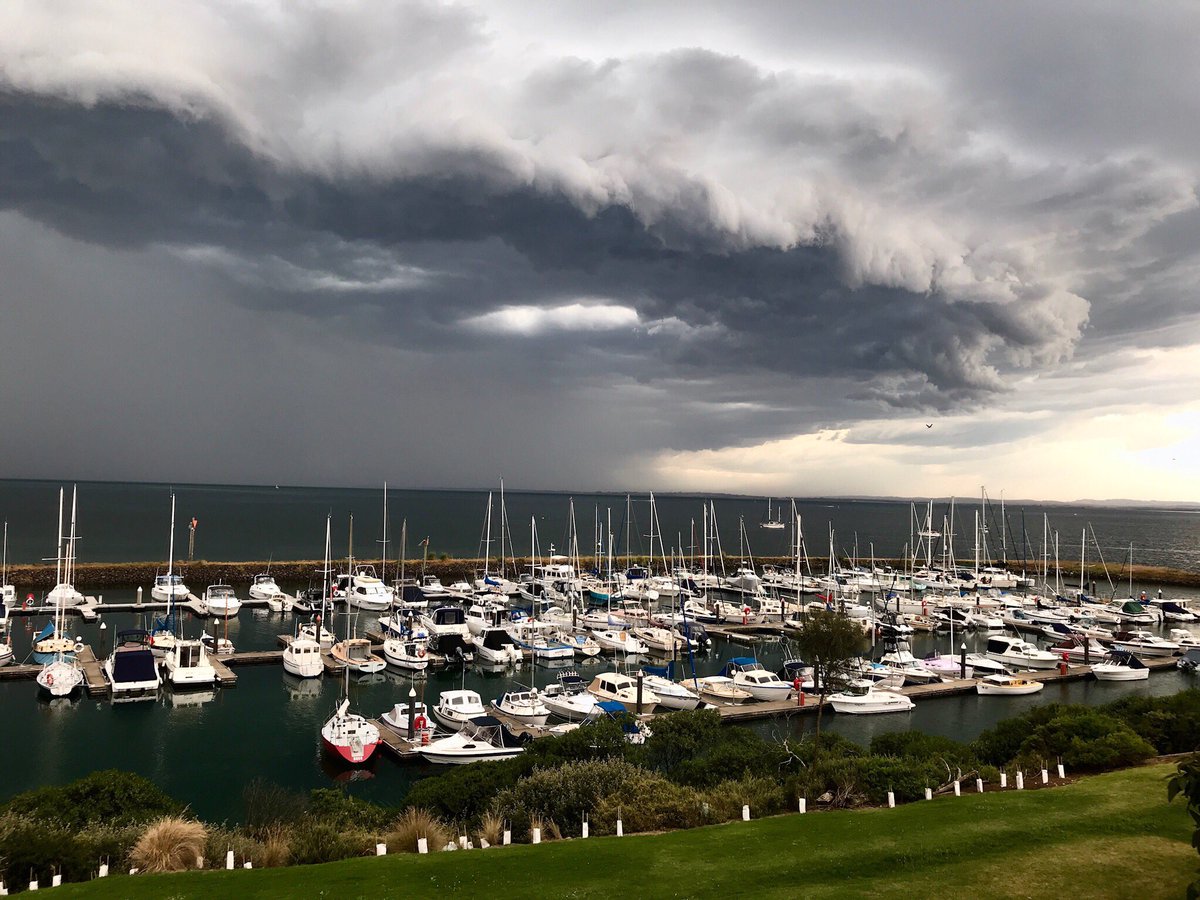 Forecaster Michael Efron said the storm had weakened as it moved south east, with all warnings cleared after 8pm.

“I think we’ll see further showers overnight along with the risk of a thunderstorm,” he said.

“However, as we head into the late morning and into the afternoon we will see that thunderstorm becoming more extensive across the state and including Melbourne.

“There is the potential for some fairly large thunderstorms across the state during Sunday afternoon and so that could affect the Melbourne region as well.

Sunday will be another warm day across the state.

“For Melbourne, we are expecting a top of 29 degrees so once again temperatures above average for this time of year and also quite humid conditions more like you’d see up in Queensland.”

Cool southerly winds will move across Melbourne on Sunday, bringing relief on Monday forecast to reach a maximum of 22 degrees.