First Aid Course in Canberra. Get trained by the best in Canberra. Asthma and Anaphylaxis Training. Pay the right amount. Book now on our website at www.canberrafirstaid.com
The new review suggests that vitamin D supplementation may help to reduce severe asthma attacks.

Researchers found that people with asthma who took vitamin D supplements alongside their usual medication were 50 percent less likely to visit the emergency department or require hospital admission as a result of an asthma attack.

What is more, the researchers found that vitamin D supplementation was linked to a reduction in the need for steroid injections or tablets following an asthma attack.

Asthma is one of the biggest health burdens across the globe, affecting approximately 300 millionchildren and adults. In the United States alone, around 25 million people have asthma, and this number rises every year.

Although there is currently no cure for asthma, there are medications that can help patients to manage the condition and reduce their risk of an asthma attack.

But these medications are not always effective; each year in the U.S., there are around 1.8 million visits to the emergency department for asthma attacks, and the condition causes 10 deaths in the country every day.

As such, researchers are searching for ways to further reduce asthma severity. Could vitamin D be one such strategy?

A review of vitamin D for asthma

Vitamin D is essential for human health. Not only does the vitamin aid calcium absorption, which is vital for healthy bones, but it also helps to strengthen the immune system. It is the latter function that has led researchers to investigate vitamin D as a possible treatment for asthma. 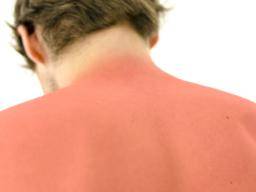 Respiratory infections, such as the common cold or the flu, are known to trigger symptoms of asthma – including airway inflammation, which can bring on an asthma attack.

Some studies have suggested that vitamin D may help to lower the risk of respiratory infection-induced asthma attacks by boosting the immune system.

To gain a better understanding of this association, Prof. Martineau and colleagues conducted a review of seven randomized controlled trials that looked at the effects of vitamin D supplementation on asthma severity.

The review included a total of 955 subjects with asthma, all of whom were receiving standard treatment for the condition.

It was found that vitamin D supplementation reduced the need for asthma-related emergency department visits and hospital admissions by 50 percent when compared with a placebo, with the rate of such events falling from 6 percent to 3 percent.

From a subgroup analysis, the researchers found that patients whose vitamin D levels were low at study baseline experienced the greatest benefit from vitamin D supplementation; their need for treatment with steroid tablets or injections fell by 55 percent.

Still, they note that the small number of participants in each subgroup makes it difficult to confirm whether or not initial vitamin D levels influence the effect of supplementation on asthma severity.

Importantly, it was also found that vitamin D supplementation was safe for participants at the doses used, and there were no differences in adverse effects between subjects who took vitamin D and those who took a placebo.

Overall, the researchers believe that their findings indicate that vitamin D supplementation may be an effective way to help reduce asthma severity.

“These results add to the ever growing body of evidence that vitamin D can support immune function as well as bone health.”

“Vitamin D is safe to take and relatively inexpensive,” adds Prof. Martineau, “so supplementation represents a potentially cost-effective strategy to reduce this problem.”

First study author Dr. David Joliffe, also of QMUL, notes that because the majority of study subjects were adults with mild to moderate asthma, they are currently unable to generalize the findings to children or individuals with more severe asthma.

“Further clinical trials are ongoing internationally,” adds Dr. Joliffe, “and we hope to include data from them in a future analysis to determine whether the promise of today’s results is confirmed in an even larger and more diverse group of patients.”