Perth Man Was Dead For 12 Minutes

By Chiara Zaffino and Victoria Quested

A Perth man owes his life to a group of strangers and an Australian-first technology.

A mobile phone app saved Mark Lee’s life after he suffered a heart attack in the city’s CBD.

As frantic passersby tried to bring Lee back on Murray Street, Danny Rummukainen– who was entering a meeting just a block away– was alerted to the emergency by his St John First  Responder app.

“Straight away looked at it, told one of my other supervisors let’s go,” he told 10 News First. 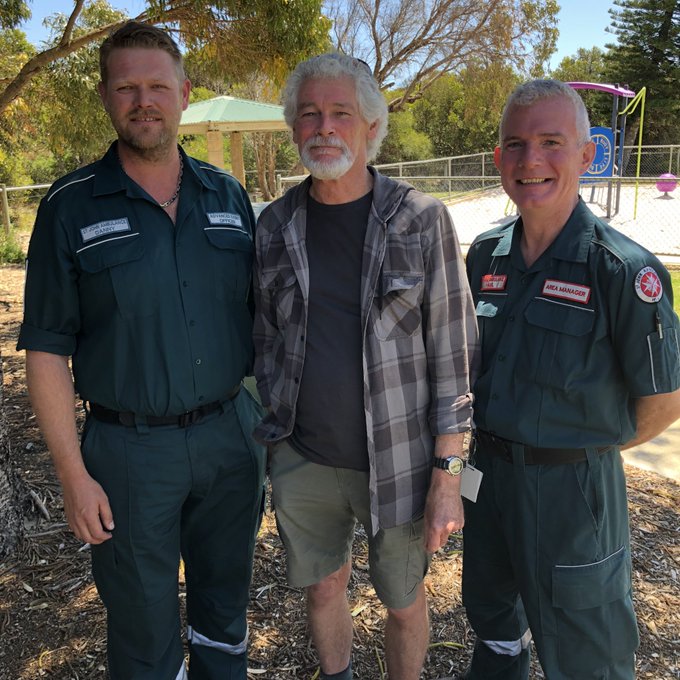 Mark Lee was dead for 12 minutes after suffering a heart attack in Murray Street. A mobile phone app and some city strangers brought him back to life. See how @ 5pm @ stjohn_wa # perthnews @ 10NewsFirst @ 10Daily

The app allows qualified first aiders to sign up as a first responder to receive notifications when someone has called 000 for an ambulance within 500 metres of their current location.

It also provides life saving tips and the location of all nearby defibrillators — a feature which Rummukainen used when responding to Lee.

According to doctors, the 58-year-old was dead for about 12 minutes before this quick response ahead of an ambulance started his heart again.

“He looked at me and said ‘you actually died’ and I said ‘I know’. Under any other circumstances I probably wouldn’t be sitting here talking to you.”

The first moments after someone suffers a heart attack are critical.

Lee was rushed to hospital and put in a coma, but without the speedy response and early intervention of a trained first aider, the outcome may have been very different.

“This is life saving technology,” Paul Hogg, the paramedic who attended the scene, said of the app.

Since launching in WA in 2017, thousands of trained volunteers have signed up to the St John First  Responder app. Similar apps are also in use in New Zealand and the UK.

To become a first repsonder, volunteers must have completed a first aid course within the past three years and the minimum qualification level of Provide cardiopulmonary resuscitation.